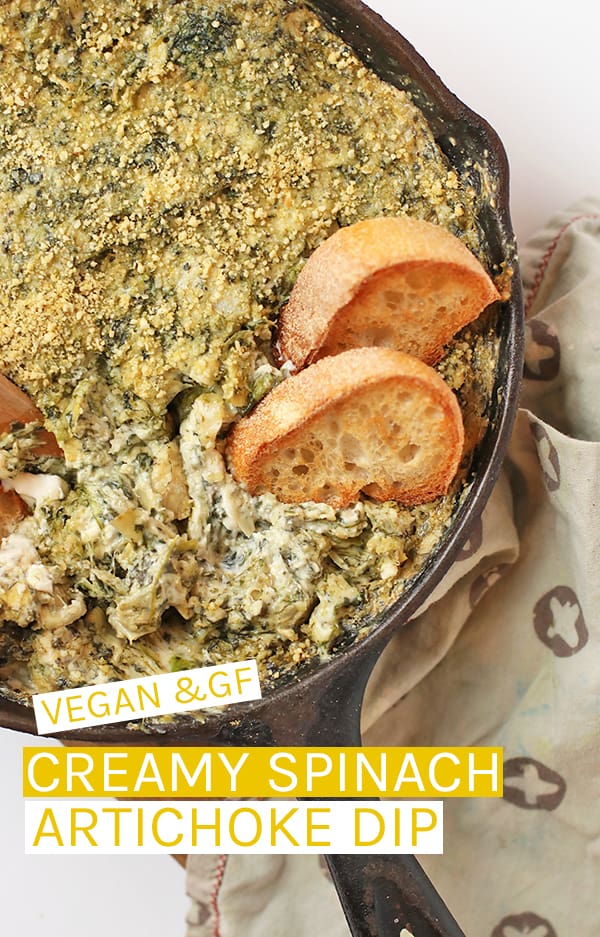 Impress all your friends with this extra creamy and rich vegan Spinach Artichoke Dip – a warm dip or spread that is perfect for your next party. 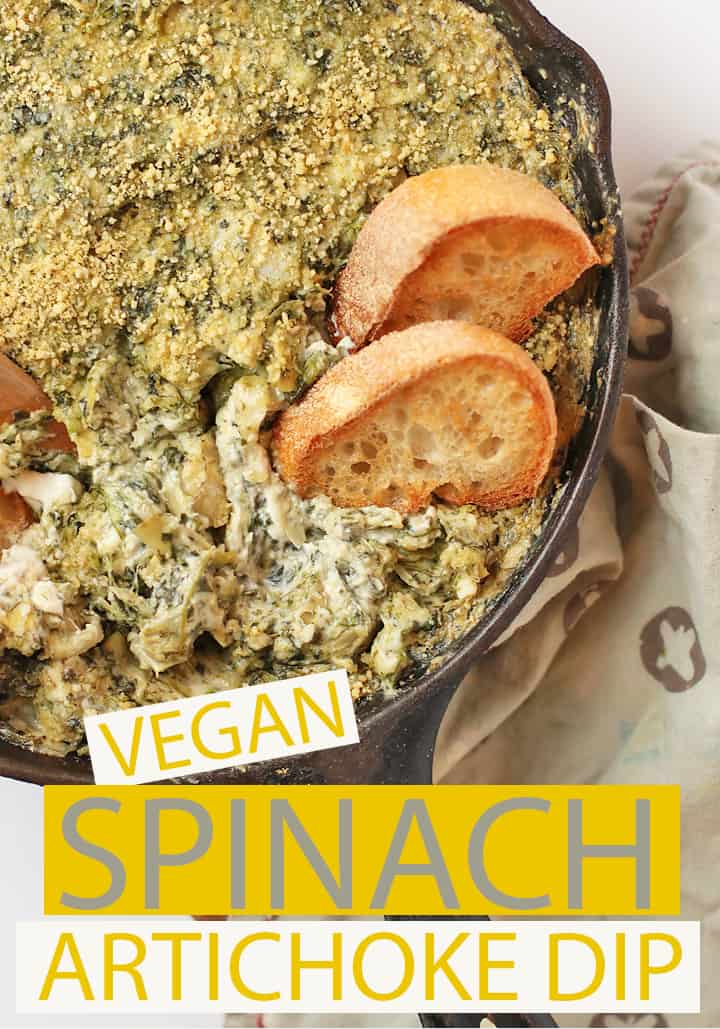 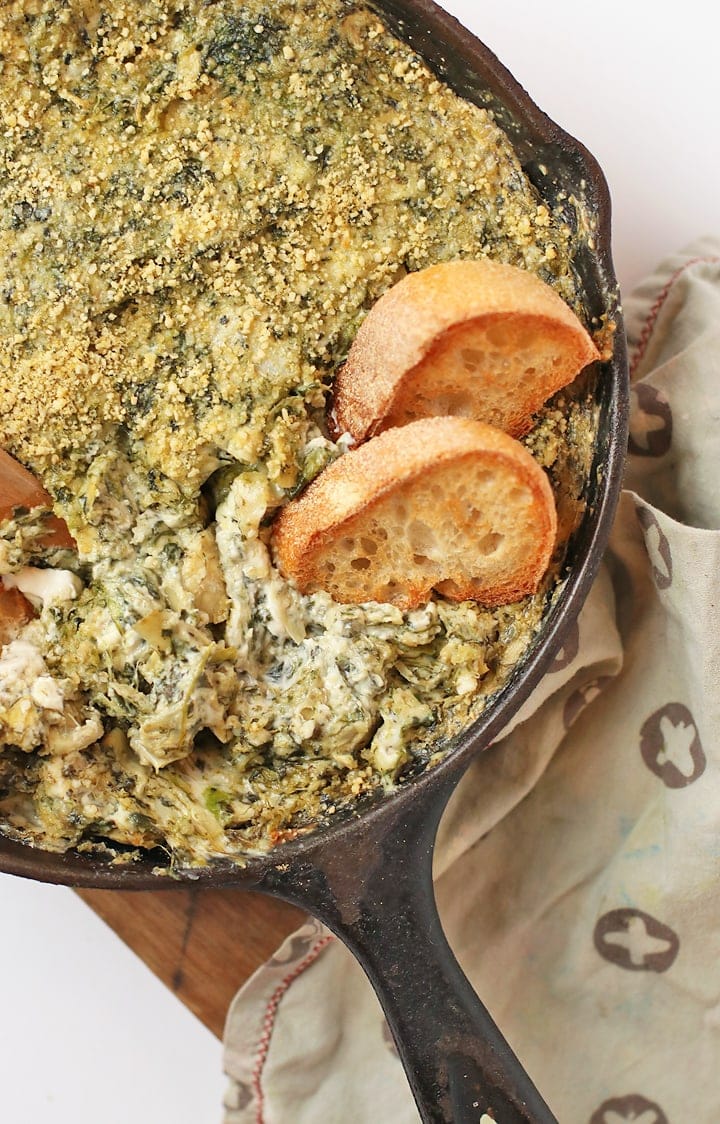 When I first went vegan, I knew nothing about vegan cooking. I relied on the few cookbooks that existed at that time, specifically Vegan with a Vengeance and Vegan Planet, and the culinary genius of a couple of friends.

The assumption I made when I went vegan was that the lifestyle would feel restrictive. I would be saying goodbye to most of my favorite foods (I lived on eggs and cheese), spending the rest of my life eating vegetables and cardboard. What I learned, almost immediately, that my assumption was completely and utterly wrong.

Veganism is not about restriction. It’s about finding creative and resourceful ways to take the animals out of your favorite foods. 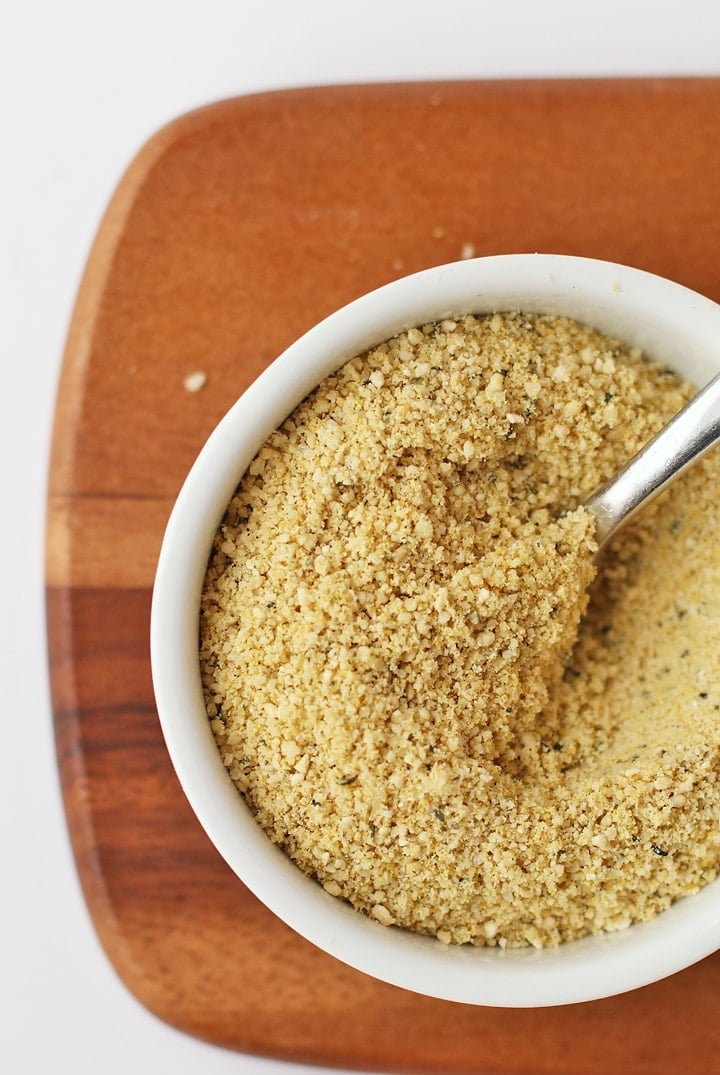 I first learned this lesson at a vegan Super Bowl party.  I was newly vegan, a couple of months in, and celebrating the 2nd biggest food holiday with 6 of my favorite vegan friends. We were all fairly new to veganism and were fully into impressing one another with our vegan culinary skills. I still remember that incredible spread of BBQ tofu skewers, towering nachos, nut-based cheeses, double chocolate football shaped cupcakes, and so much more. But what I remember most vividly about that Super Bowl Sunday spread was a warm creamy and tangy vegan spinach artichoke dip.

While my friends were watching the big game, I must have eaten half that dip as I lingered around the food admiring all the incredible food. It was then that I realized the whole world of exciting cuisine that was opening up to me. 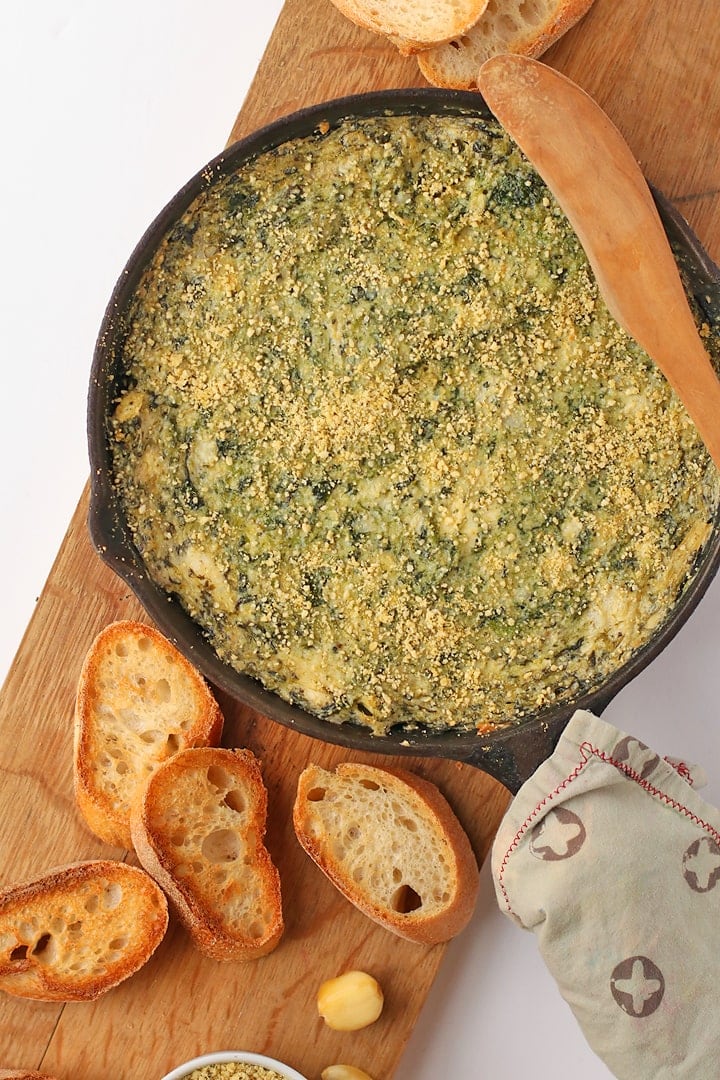 I rarely share recipes like this on the blog.  As you will see, it contains a couple of storebought vegan alternatives (cream cheese and sour cream). Not only do I personally prefer sharing and eating recipe with whole food ingredients, but I also recognize not everyone has access to these items.

However, while I want to promote whole food diets, I also want to offer recipes for people who may be new or transitioning to the vegan lifestyle and are looking for veganized versions of their favorite comfort foods. This vegan spinach artichoke dip made my transition to veganism a whole lot easier and I hope that it does the same for you.

To make the dip, mix together all the ingredients into a big bowl. Transfer your mixture into a large casserole dish or cast iron skillet and bake for 25 minutes until the top is golden brown and the dip underneath is bubbling up. Turn the oven to broil and broil the top for 2-3 minutes longer.

Now remove it from the oven and serve it warm with fresh baguette, crackers, or vegetables.

There are a lot of vegan cream cheeses and sour creams on the market. I suggest looking for Daiya or Tofutti brands. Miyoko’s also has an amazing cream cheese line.

As you already know, I’m a HUGE fan of Violife parmesan. This is not sponsored content, I just absolutely love this cheese and their parmesan makes this recipe so much better. I first discovered Violife when traveling around England and, friends, it was the BEST vegan cheese I had ever had. It is creamy, melty, and tastes exactly how I remember parmesan to taste. I find their cheeses at Whole Foods but you can also check out this map to find Violife near you.

If you don’t have access to Violife, you can make your own parmesan or omit it altogether. 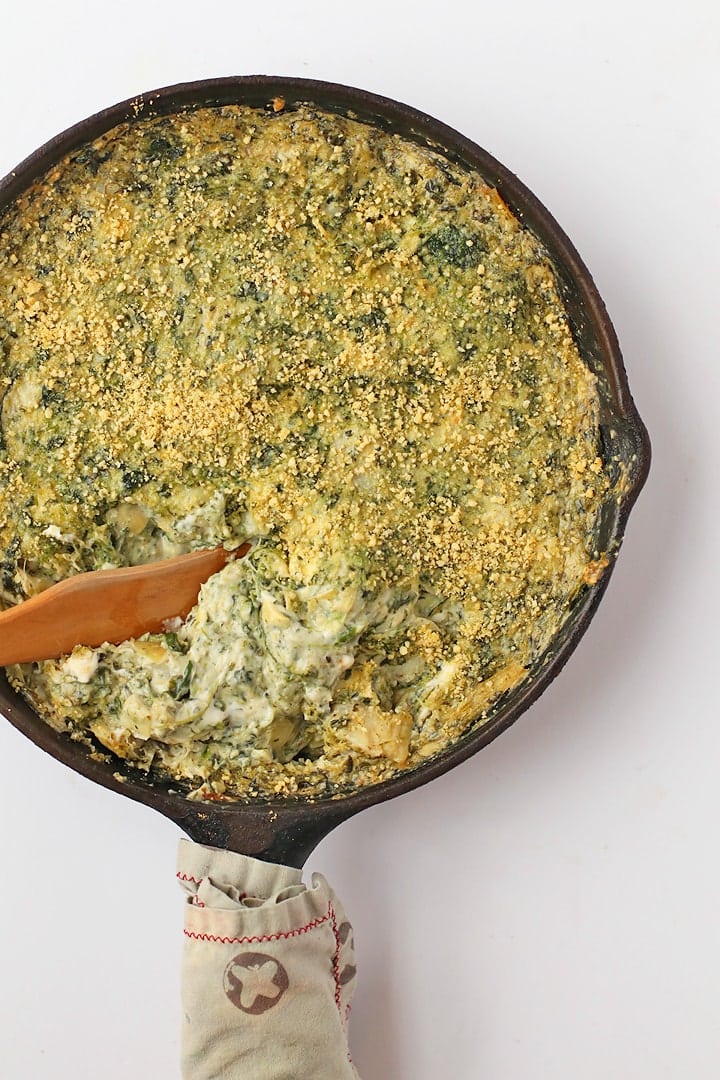 Alright, I think you’re ready to take a look at the recipe card below. 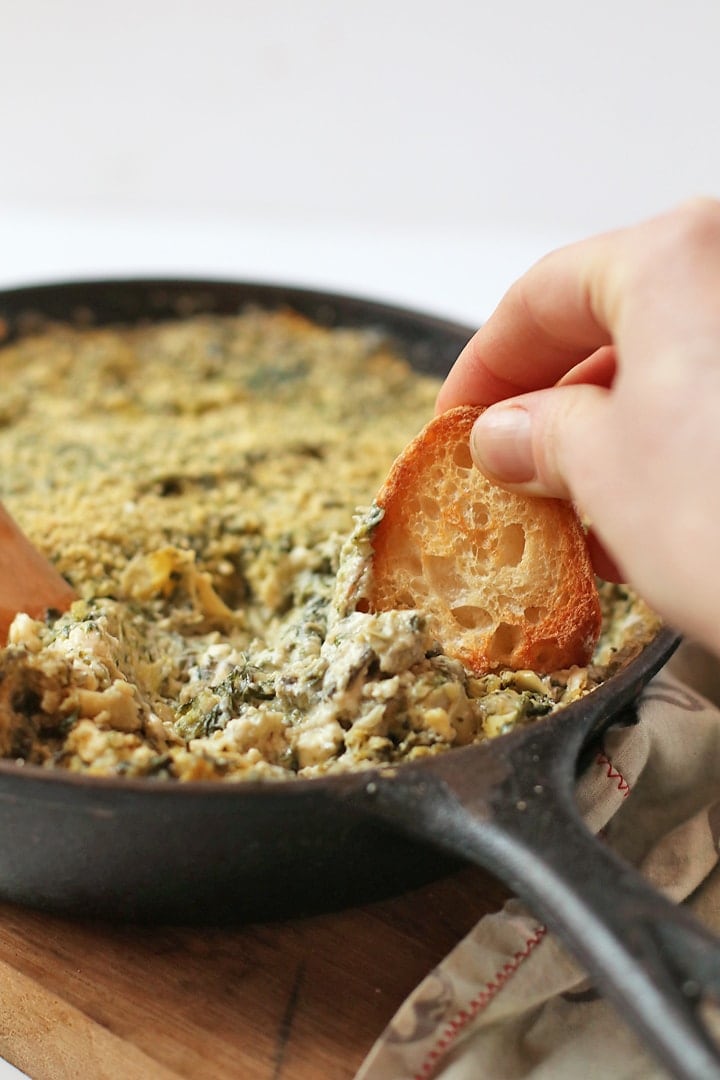 Impress all your friends with this extra creamy and rich vegan Spinach Artichoke Dip - a warm dip or spread that is perfect for your next party.