Home » Vegan Resources » What is VEGANISM and other Frequently Asked Questions

What is veganism? How do I become vegan? Is it healthy? Where do I get my protein? Let's take a look at the most frequently asked questions about veganism and plant-based eating. 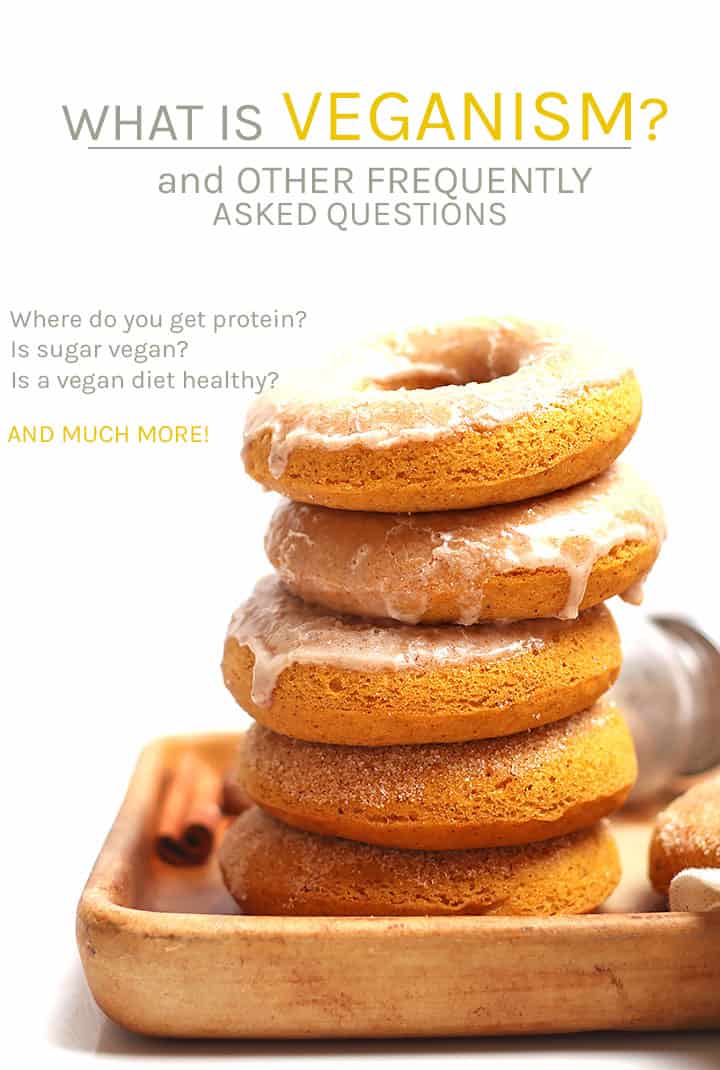 Over the 13+ years that I have been vegan, I have been on the receiving end of a TON of questions. I get it! For a lot of people, veganism is a curious and confusing topic that is hard to wrap the head around.

What is veganism?
Why are you so radical?
Are you healthy??
Where do you get your protein???

For most of my adult life, I have been a healthy, thriving plant-based eater. I went through two vegan pregnancies and delivered two healthy vegan babies. I have put in hours and hours of research on veganism and today, I'm finally answering all those burning vegan related questions.

If you're vegan-curious, let's talk! If you're a vegan who's tired of answer the same questions, then I hope this can be a resource to share with your family and friends. Either way, let's dig in!

Table of Contents show
What is Veganism?
Why become vegan?
What’s wrong with dairy and eggs?
How to become a vegan?
How do vegans eat out?
What do vegans eat?
Where do vegans get protein?
Is sugar vegan?
Is honey vegan?
How do I replace eggs?
Is booze vegan?
Is a plant-based diet healthy?
Can anyone be vegan? (Pregnant people, children, athletes, etc)
What about the vitamins that I can't get from a vegan diet?
Will I lose weight on a vegan diet?
How to date non-vegans?

"a way of living which seeks to exclude, as far as is possible and practicable, all forms of exploitation of, and cruelty to, animals for food, clothing or any other purpose."

In other words, veganism is more than a diet. A vegan makes ethically-charged decisions on what to wear, how to entertainment oneself, what to support, what products to buy, and much more.

However, day-to-day veganism is most commonly practiced by following a plant-based diet. That means choosing a diet that is free from animal products and byproducts as a way to boycott the abuse of land and sea animals and the damage that factory farming is doing to the environment.

Ethics -Vegans believe that all living creatures have certain rights such as the right not to suffer and the right to be free therefore refuse to participate and support animal agriculture.

Environment - As climate change becomes an immediate threat, animal agriculture MUST be put into question as it drains the earth's resources faster than any other industry.

Health - There are increasing amounts of research that show plant-based diets can reduce the risk of many life-threatening diseases as well as give you lots of energy and keep you at a healthy weight.

What’s wrong with dairy and eggs?

Dairy and eggs are two of the cruelest practices in animal agriculture which is why vegans choose to avoid these products altogether.

A dairy cow is repeatedly forced into pregnancy in order to produce milk. After over 9 months of pregnancy, the cow gives birth. Her baby is immediately taken away from her, forever, so that the milk her body has naturally produced for this baby is saved for mass human consumption. Research shows the psychological effect of this kind of suffering is tremendous.

Eggs are perhaps even crueler. Newborn females chick have the tips of their sensitive beaks cut or burned off before they are stuffed into overcrowded cages for the rest of their life. In this extreme confinement, these animals can’t even spread their wings much less move around without stepping on and climbing over other hens. Male chicks are useless in the egg industry and are ground alive within hours of being born.

Read more about both practices.

How to become a vegan?

I know many people are interested in going vegan but the transition to a vegan diet is daunting. I get it! It took me over 1 month after deciding to make the transition to fully take on this new lifestyle. My tips: take your time, do your research, buy some cookbooks, and follow these 8 steps on going vegan for good.

How do vegans eat out?

Depending on where you live, eating out can be difficult but it doesn't have to be! A few things to keep in mind when you're going out.

Take a look at the menu ahead of time

I live in one of the most vegan-friendly cities in the world and I still will often look at the menu online before I go out to a restaurant. If a restaurant does not have any clearly marked vegan options, familiarizing yourself with the menu make help you make the needed substitutions for a good vegan meal.

Especially when you are eating out at an upscale restaurant, I've often found that if you call ahead of time, the chef will be happy to prepare you a vegan meal. Dietary restrictions are very common now and typically chefs are used to working around those needs.

You might be surprised at how many restaurants now have vegan options. 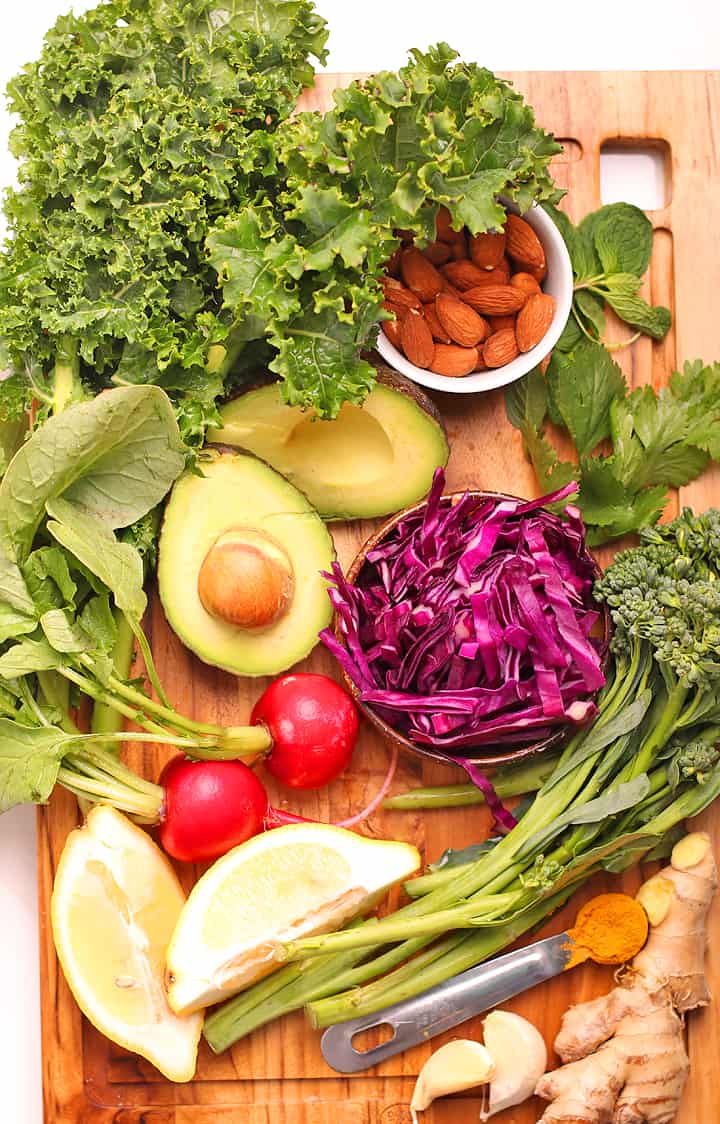 What do vegans eat?

So many good things! After eliminating meat, dairy, and eggs from one's diets, you might be amazed to discover all the incredible vegetables, fruit, legumes, grains, seeds, and superfoods available. I've heard many people say (including myself) that when they transitioned to veganism, they had more food options than ever before! Want to know how to eat? Make sure to check out how I stock my vegan pantry.

Where do vegans get protein?

Okay, this is THE MOST commonly asked question that vegans get. Over the years, I've been asked this so much that I've created a dedicated post just for this topic. In short - plant protein is everywhere!

The answer is yes, but not always. Because it’s complicated, and not necessarily something you can figure out easily, I also put together a separate very comprehensive guide that answers this burning question.

While it's hotly debated, honey is not considered a vegan food as it requires the exploitation of bees to produce. I recognize the complexities of this issue and have read good arguments for eating honey. However, as I vegan, I choose to abstain. For more reading on the topic, here is a good article on the controversy of honey.

How do I replace eggs?

I might be one of the best people to answer this question. With a culinary arts degree in baking and patisserie, nearly a decade of experience working in traditional bakeries, and almost 15 years as a vegan, I know exactly what eggs do and how best to replace them.

Here is everything you need to know about replacing eggs in anything!

Like sugar, the answer is yes, sometimes. Some wine and liquid go through distilling processes that are not vegan-friendly. Occasionally beer and cocktails will be made with non-vegan ingredients. When you are not sure, Barnivore is an amazing tool that allows you to search over 46,000 wines, liquors, and beers to find out if your drink of choice is vegan-friendly.

Read my full guide on clean vegan wine and find out my favorite vegan wines. 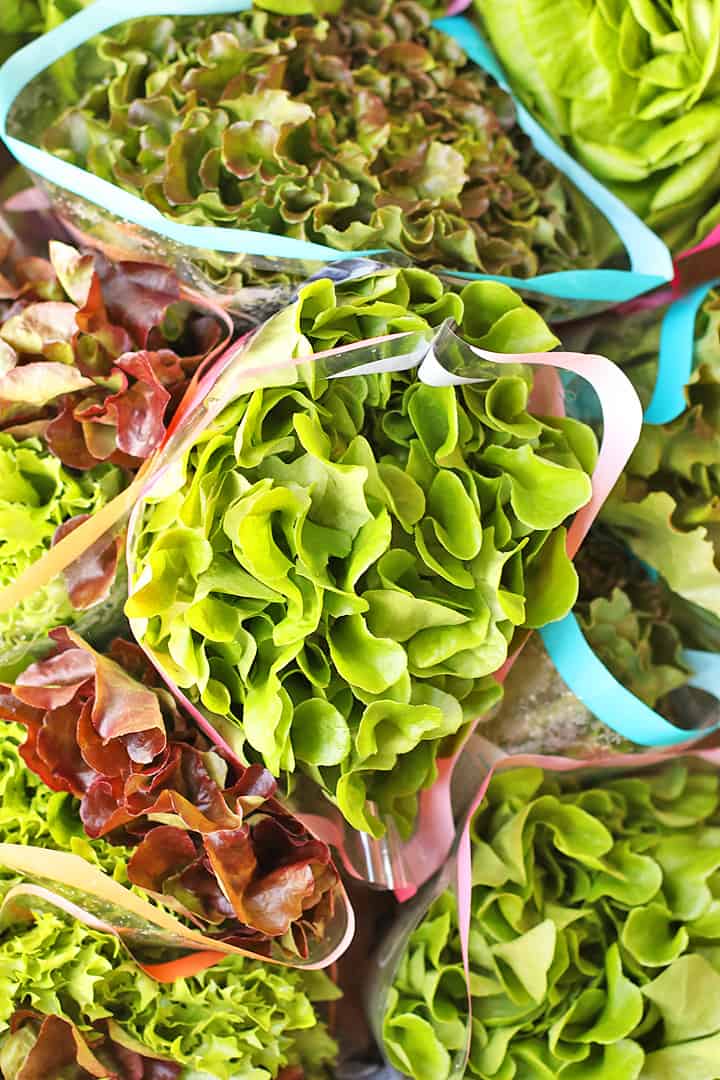 Is a plant-based diet healthy?

Like most diets, veganism can be healthy or not, depending on YOU. There are plenty of "junk food vegans" out there are who not getting the nutrients they need. And there is a lot of omnivores that are also eating in a way that lacks essential vitamins and minerals.

Eating healthy requires intentionality and dedication. When you bring that mindset to whole-food, plant-based eating that is hearty in vegetables and protein and rich in vitamins and minerals, the vegan diet can be one of the healthiest diets for a person.

Can anyone be vegan? (Pregnant people, children, athletes, etc)

Yes! There are many famous athletes that flourish on a plant-based diet. Why? Because they are intentionally eating a diet that is filled with the most nutrient-dense foods in the world. Likewise, pregnant people and children can also thrive on vegan diets. However, when pregnant or raising young children, I do recommend talking with a health-care provider on the healthiest ways to maintain your lifestyle.

What about the vitamins that I can't get from a vegan diet?

While almost all essential vitamins and minerals are found in plants, there are a couple of vitamins that should be considered more carefully on a vegan diet. The two vitamins I recommend paying special attention to are

B12. B12 is incredibly important and everyone needs a small amount of B12 and while some plant-based foods contain trace amounts, it's hard to get what you need. I take a plant-based B12 supplement once or twice a week to make sure I'm getting what I need.

Omega-3. Like B12, Omega-3 is incredibly important for overall health. There are three types of Omega-3, two of which ore easily found in plant-based foods like chia seeds and hemp hearts. However, the third, and equally important, strand is hard to find in plant-based food other than algae. For that reason, I take an Algae Omega supplement (<<affiliate links) to ensure I'm getting all strands of Omega 3.

Will I lose weight on a vegan diet?

Again, it depends on what you eat! I have found that a whole-food, plant-based diet makes it easy for me to maintain a healthy weight. When trying to lose weight, keep in mind:

How to date non-vegans?

I've got one word for you. RESPECT.

Respect, my friend. My partner isn't vegan or vegetarian but we make it work and it works well because we have mutual respect for each other. He shows a great deal of respect for me by sharing a home that is mostly vegan and I respect him by accepting him as he without judgment. Rather than seeing the ways you and your partner disagree, find the middle ground and carefully cultivate that space.

What haven't I answered yet? Ask your question in the comment sections below and let's get talking!

@mydarlingvegan on Instagram
If you give one of these recipes recipe a try, snap a photo and share it on Instagram. Make sure to tag @mydarlingvegan so I can see your creations!
« Individual Chocolate Espresso Cake
Coconut Curry with Tofu » 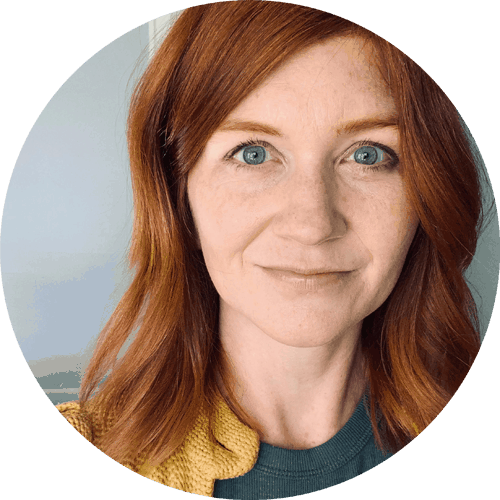