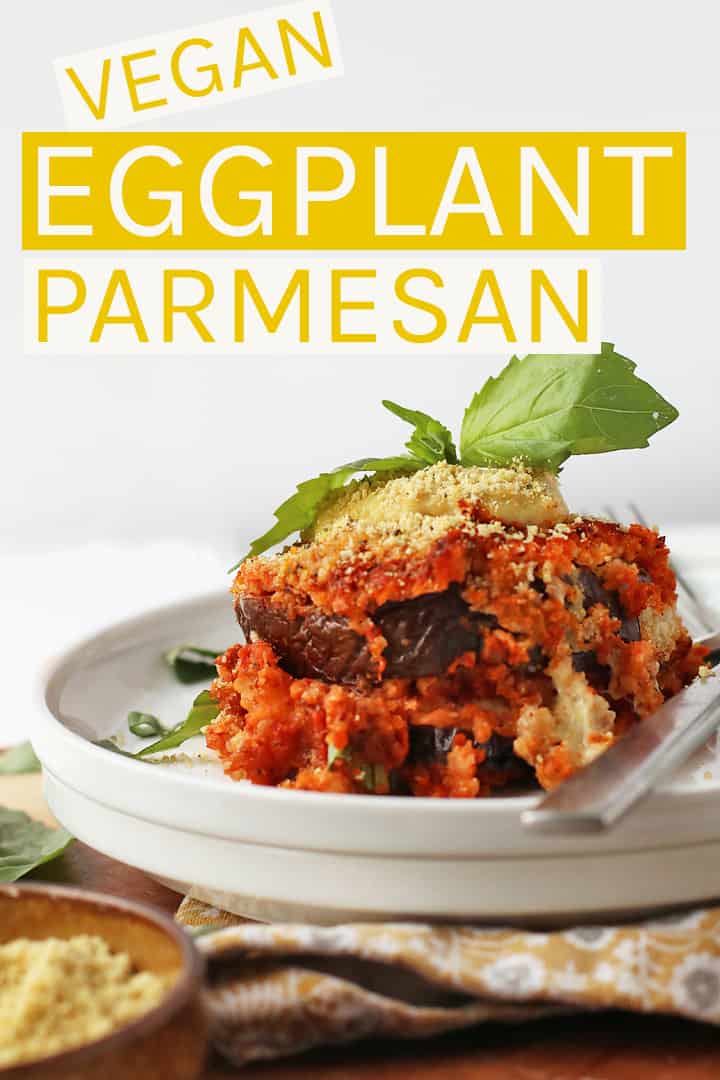 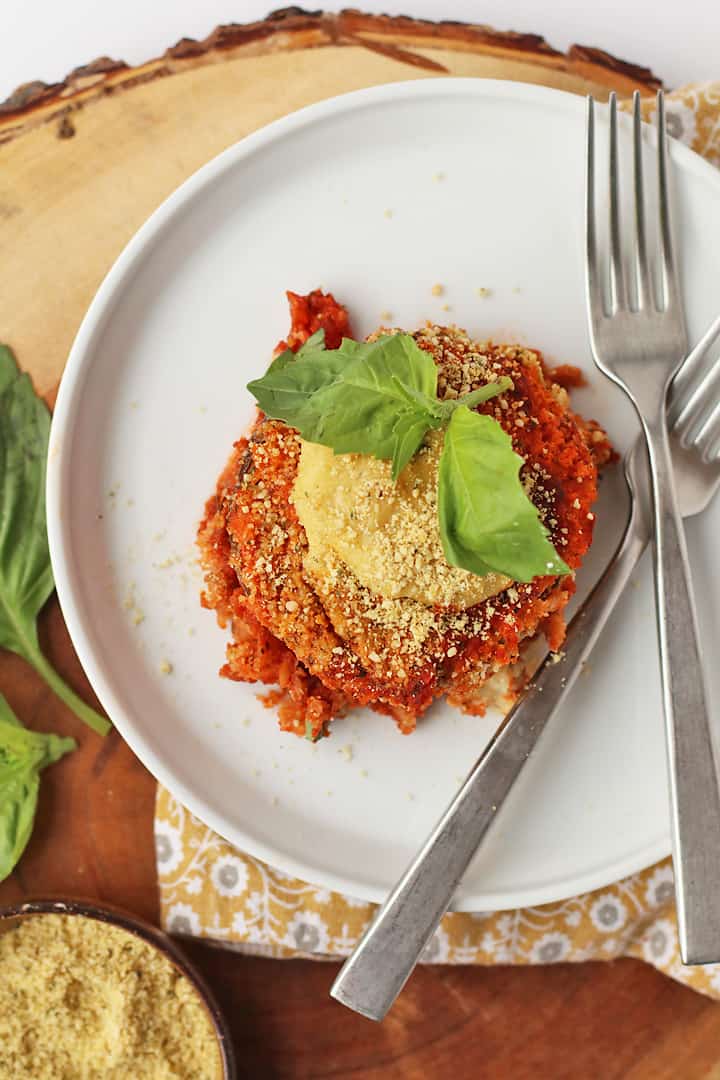 I am so excited about this recipe, friends!

This vegan eggplant parmesan has been hanging out in my drafts folder for about a month now and finally, today, I get to share it with you. This recipe is a vegan take on a classic Italian eggplant parmesan. Featuring parmesan-breaded eggplant, two different homemade cheeses, and a sweet and savory marina sauce, I am fairly certain you will love this decadent meal.

Let’s take a closer look, shall we? 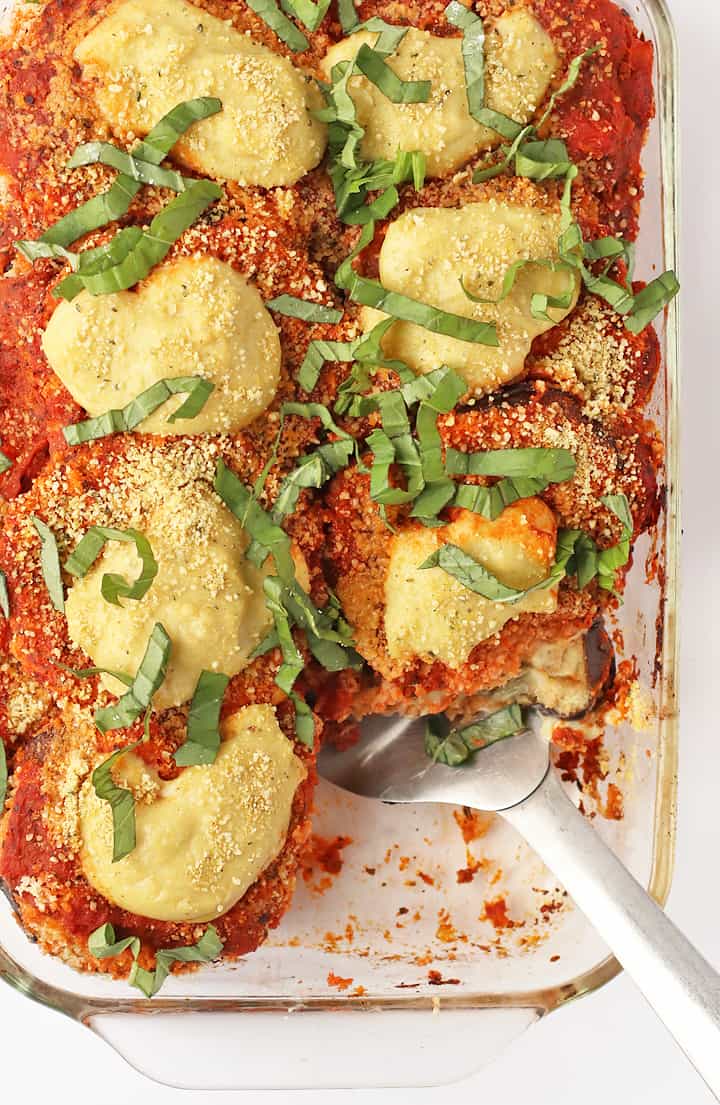 How to make vegan eggplant parmesan

Step one – Prepare the Eggplant

First, we will start with the eggplant. Before you bread it, it’s preferable to salt the eggplant to release its bitterness. Generously salt the eggplant and place it in a colander over the sink for about 30 minutes. The salt will pull out some of the eggplant’s moisture along with the bitter taste. When that happens, dab it dry with a towel before you begin breading.

While the eggplant is sitting, mix together your breading components. 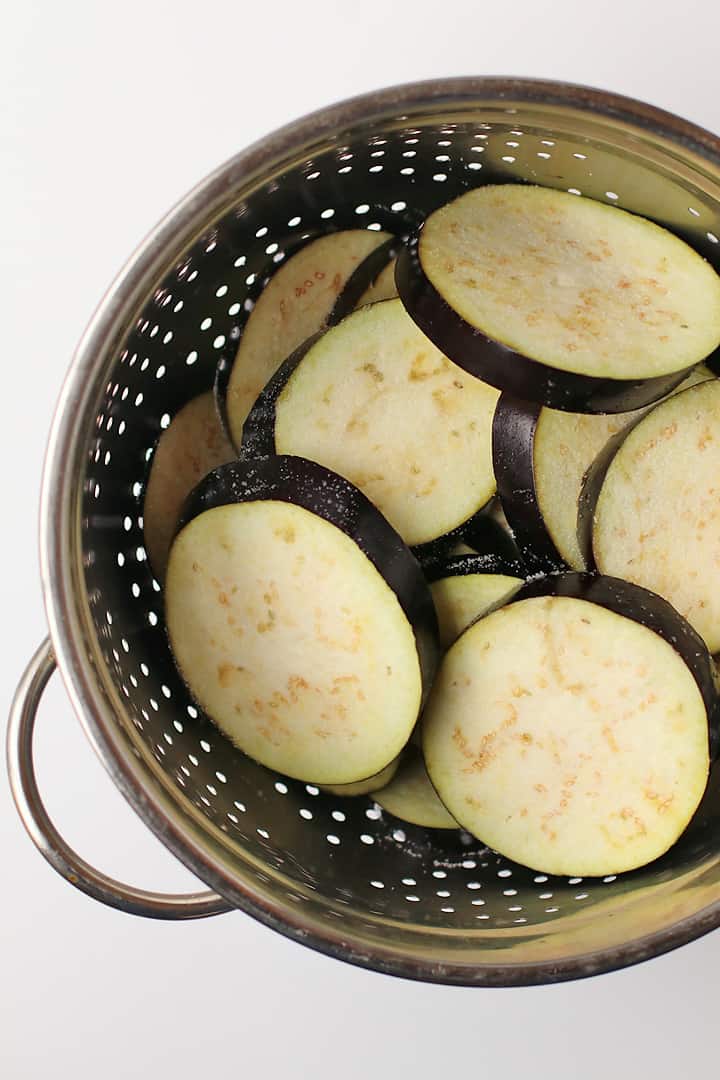 First, you will want a binder that will act as the glue between the eggplant and the breading. My favorite binder for breading is the chickpea egg. That’s equal parts chickpea flour and water. When mixed together you get a protein-rich egg-like consistency that will fully coat the eggplant allowing you to get a good bread crumb on each piece.

The second component is the bread crumb mixture. I mixed Panko crumbs with my homemade parmesan and dried oregano for a breading bursting with Italian flavors. It’s so good, you might just want to eat it with a spoon! Once they are breaded, go ahead and stick them in the oven until they are nice and crispy.

Take a look at that crispy breaded eggplant! 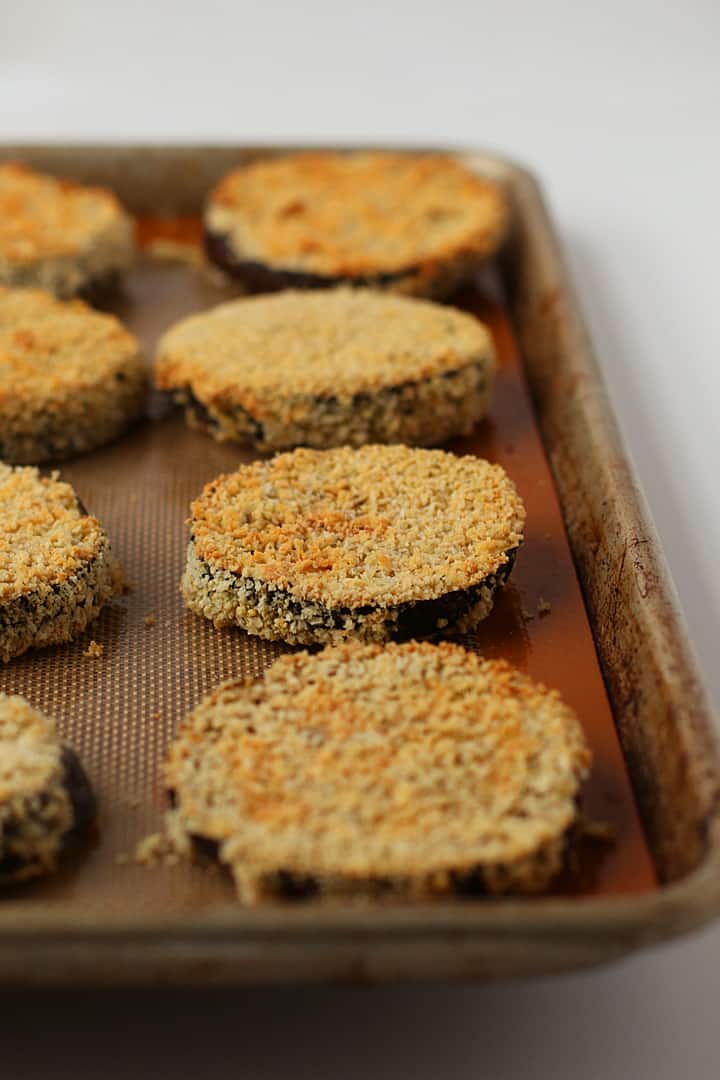 While the eggplant is baking, it’s time to make your vegan mozzarella. This cashew-based mozzarella is similar to the one you’ll find on my Grilled Pizza Margherita.

It’s a simple process of blending cashews with tapioca starch and a few cheesy, salty flavors, then heating it over the stove for the tapioca starch to activate and turn it all into that gooey cheesy consistency you’ll see below. When you’re all finished you’ll have a nutty, salty, and slightly tangy mozzarella that is perfect for this vegan eggplant parmesan. 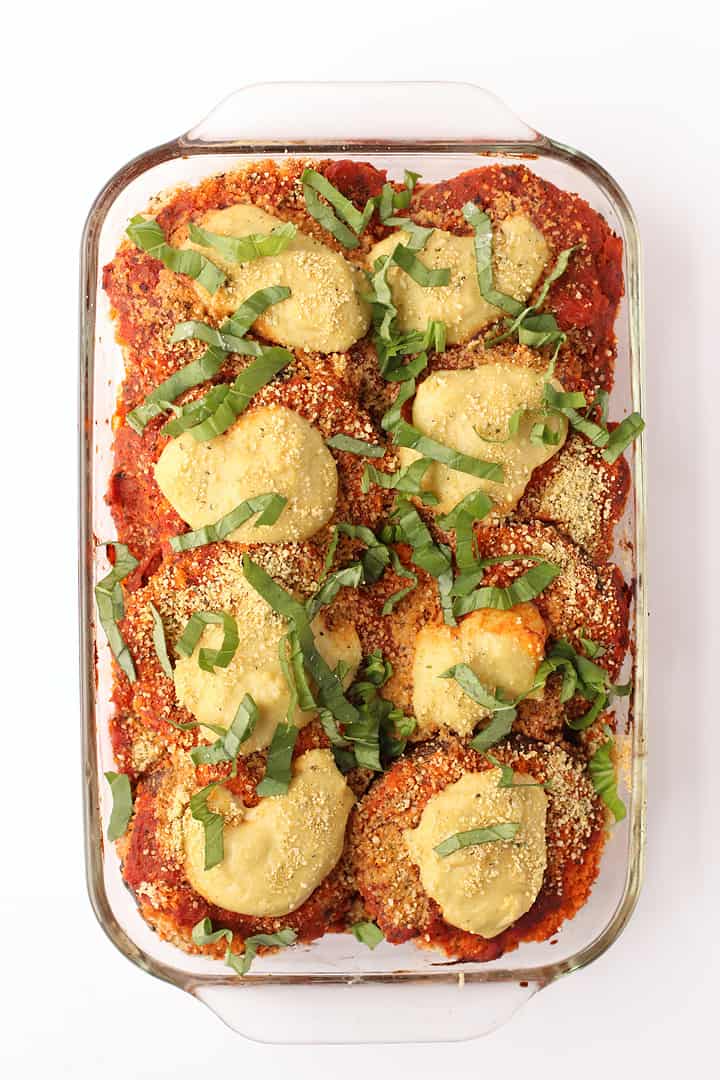 Top it with that vegan parmesan I love so much and throw it in the oven! 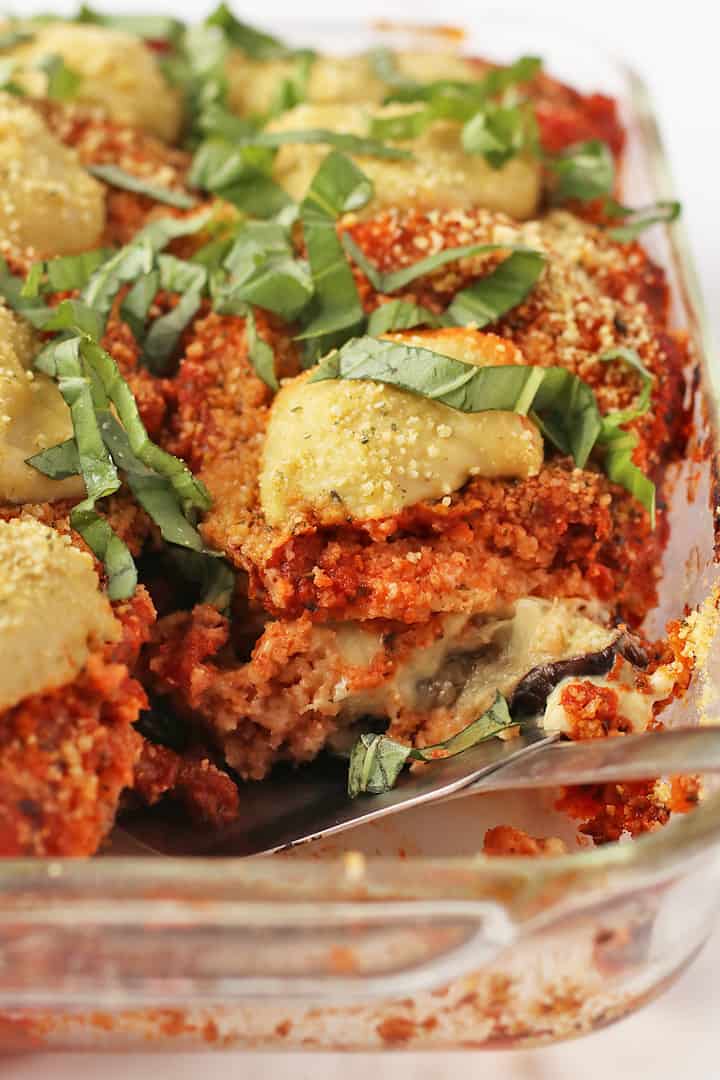 That’s it! I think you’re ready to take a look at the recipe card below.

If you don't have a high-powered blender, like a Vita-Mix, soak the cashews for 4-6 hours and then boil them for about 2 minutes to make them soft enough to blend completely.