This Greek Chickpea Salad is made with chickpeas and tomatoes and tossed in fresh lemon juice and olive oil for a refreshing plant-based meal or snack. 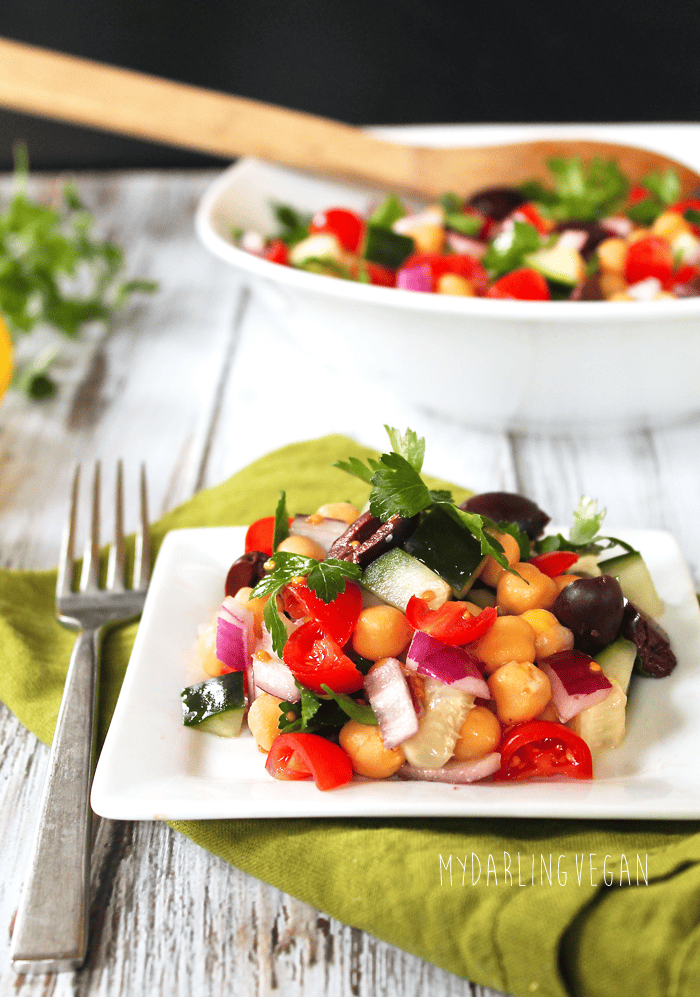 I haven’t been getting much sleep lately.

That can pretty much be said for the past year, but “not much sleep” has taken on a whole new meaning ever since our return to Portland. Nash, for some sad sad reason, has decided 3am is his new morning wake up time. The 3am wake up is followed by two hours of Jason and I taking turns sneaking into him room to gently reminding him that it’s still night time. He quiets down for a short moment – long enough that I might just start to doze, but 10 minutes later he’s up again crying. Around 5 we give up and one of us drags our weary body out of bed to begin the day.

I usually don’t mind waking up in the five o’clock hour. I did it for years as a baker and even in the early days with Eden. I really love the morning. It’s quiet and still. (I was always able to appease Eden with a handful of cereal spread over the highchair tray which kept her peacefully occupied for at least 45 minutes). I have time to sip on my coffee (or tea, more recently) and be alone(ish) and despite being a little tired, it is a wonderful way to start the day.

I cannot say the same about these last few mornings. Nash, who is clearly sleep deprived himself, is inconsolable, fighting to squirm out of my arms and then fighting to get back into them. These mornings are hard. I’m exhausted and my patience wears thin. By 7:00 I am ready for a nap and that’s when Eden is just waking up. 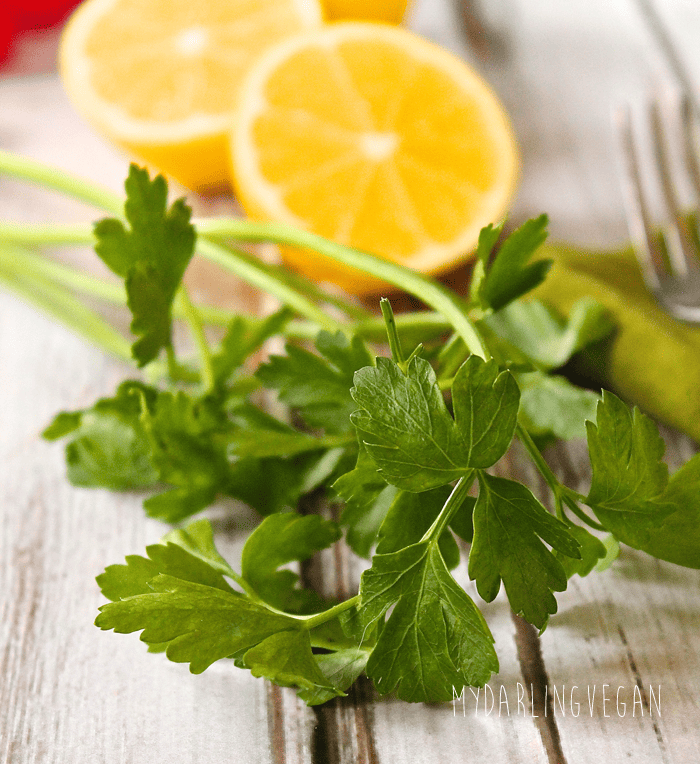 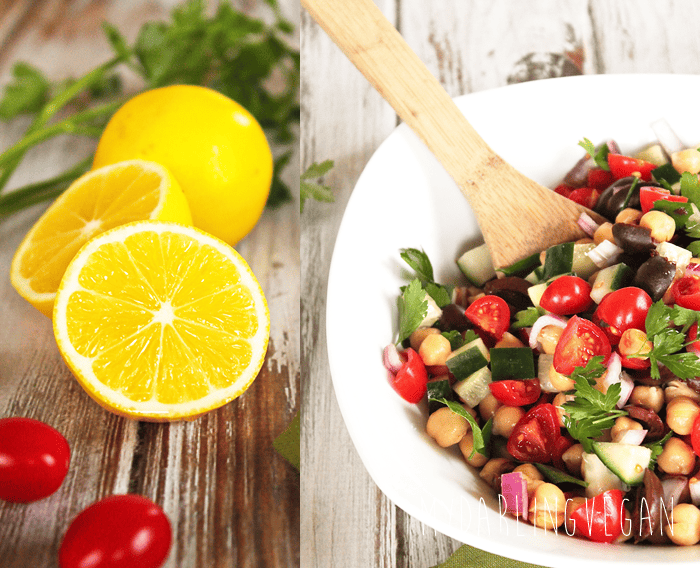 The hours that stretch ahead are foggy and long. All day I walk around doing stupid things like putting cereal in the refrigerator and throwing my keys in the garbage can. I feel very accomplished when I get the kids both dressed and out of the house. And the kid’s naptime, usually my most productive time of the day, has become my naptime too. 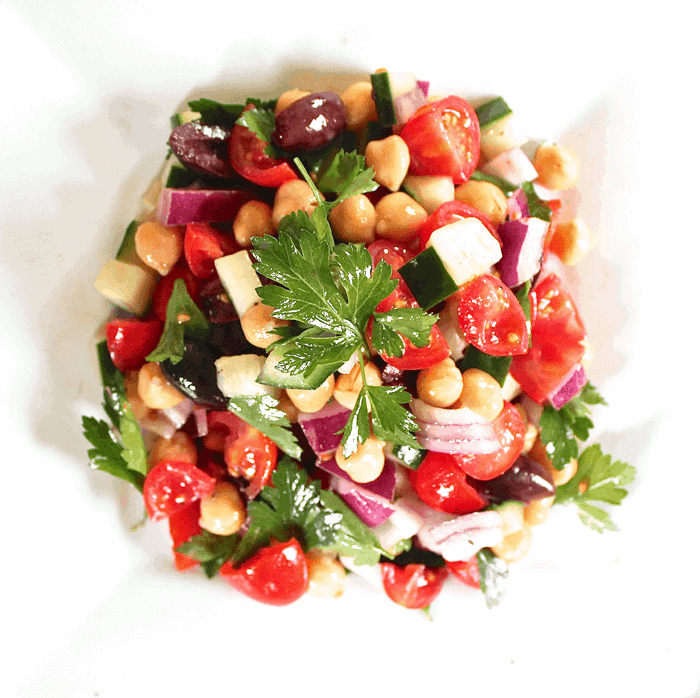 And this Greek Chickpea Salad is about as easy as it gets. Chop. Toss. Eat.

The addition of the chickpeas give the salad protein and fat making this can be a great, healthy lunch. My original plan was to make some cashew feta to throw on top of this salad, but that would be less simple. Although I’m sure it would be a great addition, I didn’t feel like this salad needed it. It was so zesty, fresh, and light tasting that nearly half of it was gone shortly after the photoshoot. And another batch was made a few hours later. 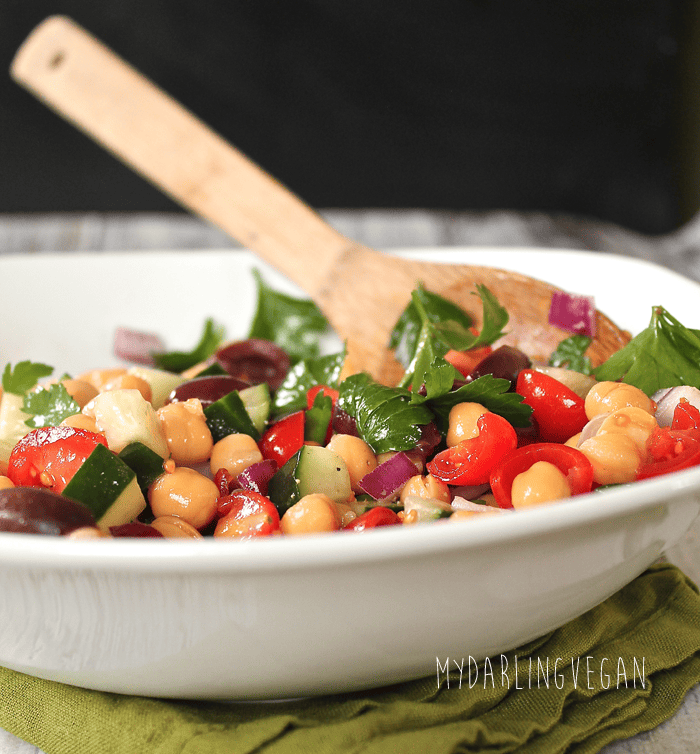 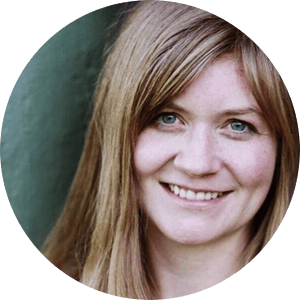 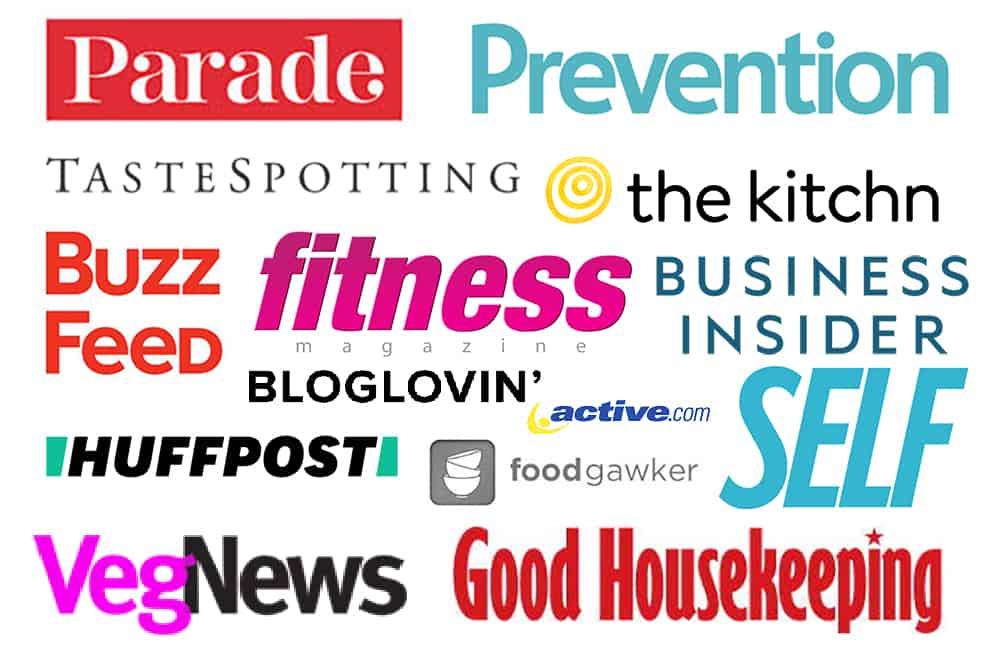 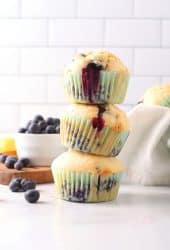 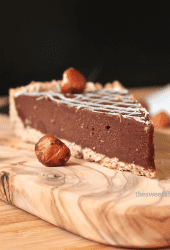 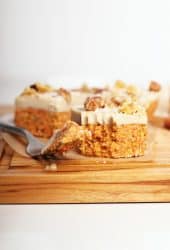 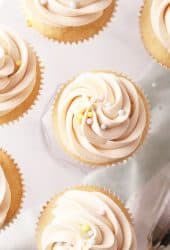 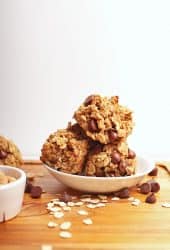 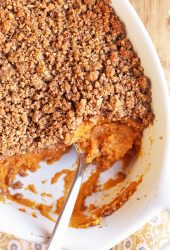 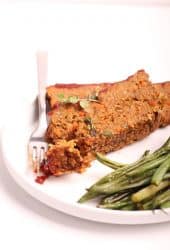 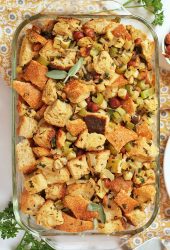 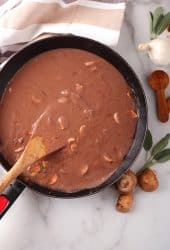 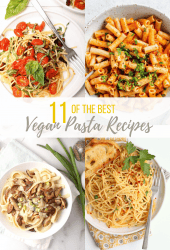 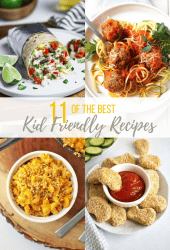