This Vegan Monkey Bread with Caramel Pecan Drizzle is the meal worth waking up for. It's made of enriched yeasted dough balls and drizzled with coconut caramel sauce and toasted pecans for a decadent vegan brunch. 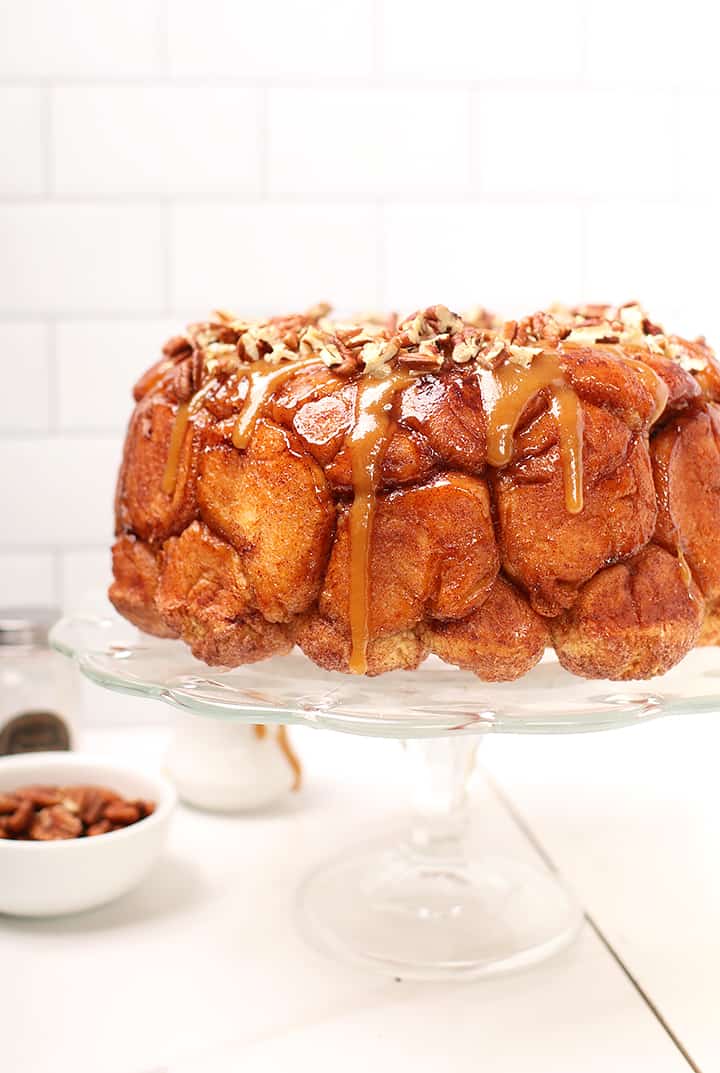 Tightly wrap leftover monkey bread and store at room temperature for up to 5 days.